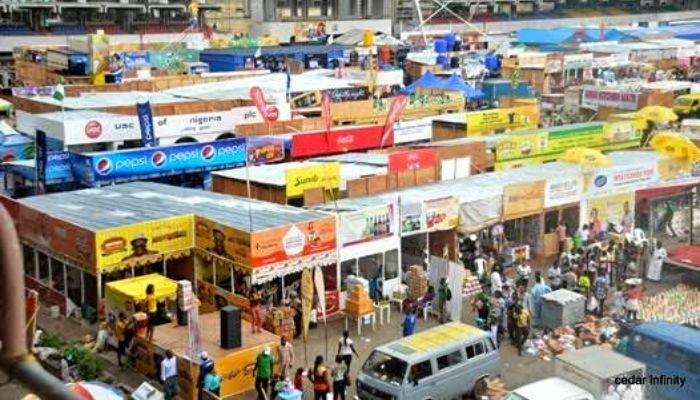 The need for Nigeria to be more competitive in trade, producing more value added goods that will compete favourably in the international market, which will in turn earn more revenue, was a recurring sound bite as the Lagos International Trade Fair (LITF) kicked off today.

Organised by the Lagos Chamber of Commerce and Industry, this year’s edition is the 36th LITF, and is premised on the theme of ‘Connecting Businesses, Creating Value’. The theme is said to underscore the importance of relationships and networking among businesses for the purpose of wealth creation. The theme also underlines the value of interactions between producers and service providers and end-users, said Michael Olawale-Cole, president of LCCI, at the opening ceremony in Tafawa Balewa Square, Lagos.

“We recognize the imperative of non-oil sector development and the need to add value to our primary products in order to improve earnings for both the public and private sectors of the Nigerian economy,” said Olawale-Cole. “This trade fair provides a platform to identify non-oil alternatives and highlights the significance of value addition. The trade fair equally serves as an avenue to boost economic and commercial activities.”

He noted that while the Nigerian economy has recorded some impressive growth figures this year, showing a sustained recovery of the economy, there are heightening fears of recession, food insecurity and more climate change impacts. “As investors, we need to continue to demonstrate our resilience and determination to forge ahead despite these challenges,” he said. He added that the LCCI has confidence in the Nigerian economy, its trade fairs, specialized exhibitions, and several business events are some of the many ways it supports trade and commerce in the economy.

Olawale-Cole noted the recently launched Special Agro Industrial Processing Zones (SAPZ) Programme, by the Federal Government and supported by the African Development Bank (AfDB), which is expected to mobilise private sector investments to develop value chains for selected crops and livestock starting with the eight participating states. He said this has the potential to increase Nigeria’s export trade of agro-processed products across the continent and boost intra-African trade under the Africa Continental Free Trade Agreement (AfCFTA).

The important role that trade plays in stimulating the economy and driving sustainable development, was said in remarks by President Muhammadu Buhari, as a panacea to many of the country’s challenges

In the remarks delivered by Niyi Adebayo, minister of Industry, Trade and Investment, the president said “Through increased trade, our goals of job creation, GDP growth, increased foreign exchange earnings and reduced insecurity are actualised. The development of export trade takes this a step further and helps our nation reach its economic diversification goals.”

Referencing the African Continental Free Trade Area (AfCFTA) and its prospects for deepening trade, the president said that the private sector can help boost the demand for Nigerian products by aggressively pursuing value addition and increasing the quality of exported goods originating from our country.

“This trade fair is a great opportunity to showcase Nigeria’s capacity to produce to international standards and also to export,” he said.

On his part, Babajide Olusola Sanwo-Olu, Governor of Lagos State, said that given the prevailing economic certainties, networking and value addition are important tactics that can be used by businesses, both small and large, to connect with others, acquire and retain customers, increase brand awareness and differentiate their places in the market, if they intend to stay competitive in the long run.

He commended LCCI for “being an unrelenting partner especially through its policy advocacy which has been yielding positive results by ensuring good policy direction for the economic prosperity of not only Lagos State, but Nigeria at large”, urging it to continue initiating and developing more opportunities for supporting businesses, especially young entrepreneurs.