Popular singer Blaqbonez has taken to social media to apologise to netizens, who have been linking his new song Back In Uni to part of the reasons why the 8-month Academic Staff Union of University (ASUU) strike was suspended.

Blaqbonez in his statement said he wouldn’t have dropped the song if he knew many were not ready to resume.

“I didn’t know u guys didn’t want to go back to school, I wouldn’t have dropped back in Uni  ,” he wrote. 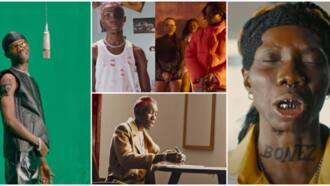 “Pls drop “Don’t call off ” I wan check something.”

“After you don run am, Ogbeni…”

“I’m supper excited to go back to school idk about them lol.”

“now do another one “no more uni”

“You just have to release another song … undo what you did!”

Blaqbonez returns to OAU for cover of new song

Popular rapper Blaqbonez left his fans anticipating the release of his next music project titled ‘Back In Uni’, which will be out on Friday, October 7.

Blaqbonez shared a video of him alongside his team at his alma mater Obafemi Awolowo University (OAU). 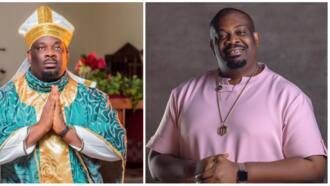 They visited his old hostel in Angola, where he took a picture, which is expected to be the cover for his new song.

“I took that picture in front of my hostel in Angola, Oau. Those 15 guys were my first real fans, I’m sure they proud of me now. “Back In Uni” out Friday ️.”