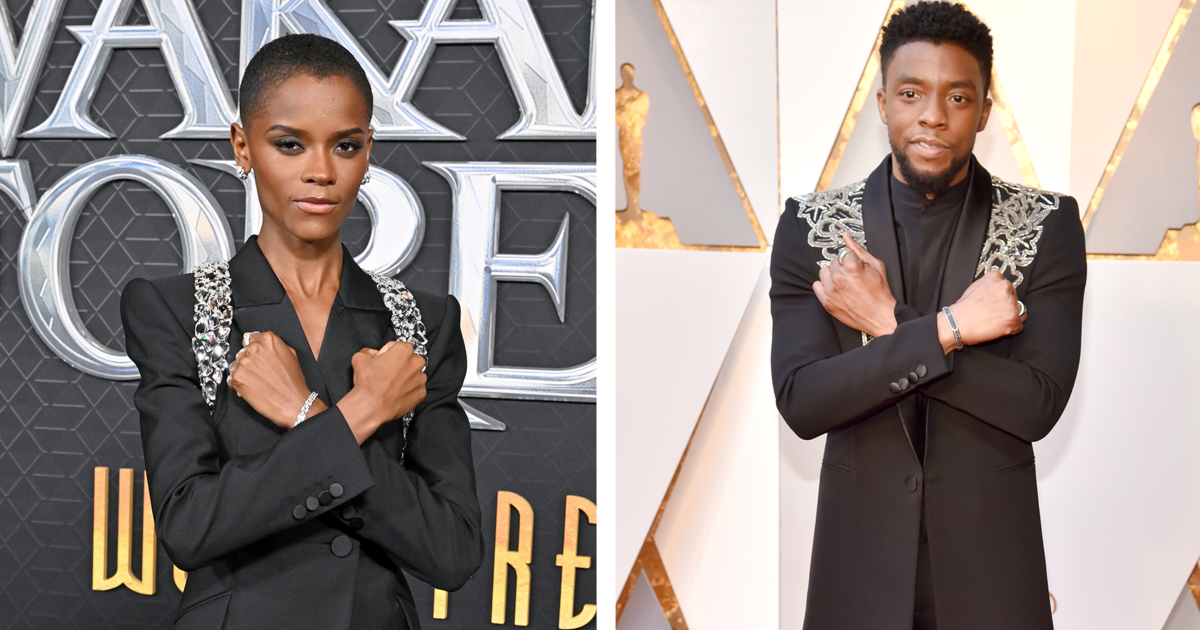 Chadwick Boseman’s spirit lived on Wednesday when the cast of Marvel’s “Black Panther: Wakanda Forever” walked the purple carpet for the world premiere, paying tribute to their late co-star.

The actor played the lead role of King T’Challa in 2018’s “Black Panther” and appeared in several other Marvel films. But Boseman died in 2020 at the age of 43 after a four-year battle with colon cancer that he had kept private.

Letitia Wright, who plays T’Challa’s sister, Princess Shuri, honored Boseman by wearing a black pantsuit with jeweled details around her shoulders, mimicking his look from the 2018 premiere of “Black Panther.”

Actress Janeshia Adams-Ginyard, who plays a member of the elite Wakandan warrior group the Dora Milaje, covered her entire body in paint, which included an illustration of Boseman’s face on her back.

Ryan Coogler, the director and co-writer of both Black Panther movies, wore a chain that had a pendant emblazoned with a picture of Boseman.

Lupita Nyong’o, who plays Nakia in the Black Panther franchise, told The Associated Press at the premiere that she was “relieved” when Coogler showed her the script, as she wasn’t sure how they would handle the death of the actor.

“I had been dreading it,” she said. “And then when he walked me through it, I was like, ‘Oh, phew, we don’t have to pretend like we are not in grief, you know? We got to use our grief and we got to just add juice to Chadwick’s legacy.”

Angela Bassett, who plays T’Challa’s mother, Queen Ramonda, said at the premiere that she and the entire cast reflected on Boseman’s absence while they were filming the movie.

“There’s such an energy in the room with the people, with the script, with our director, with our Chadwick, with his light, that we had to carry on,” she told The Associated Press. “We had to sit down for a minute, but, you know, we weren’t going to stay down.”

Singer-songwriter Rihanna released a snippet of her single titled “Lift Me Up” for the upcoming movie earlier this week, which was her first new song in several years and also paid tribute to Boseman.

Greg Cannella is a social media producer and writer for CBS News, focused on trending stories.