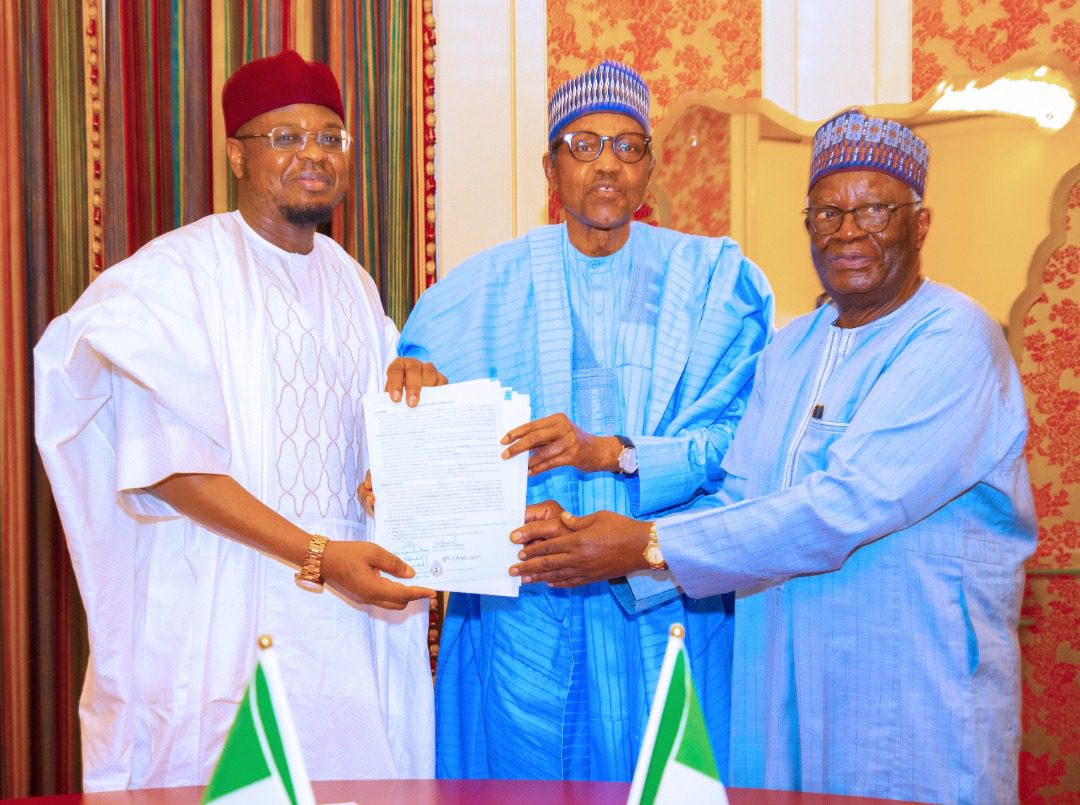 The Nigeria Startup Bill, the messiah legislation many players in the tech ecosystem have billed as the long-awaited reform that the space needs, is now the law of the land. President Muhammadu Buhari of Nigeria signed the bill into law, this week.

The bill offers tax breaks for startups and their employees, a path to dialogue with government officials and the Startup Investment Seed Fund for young Nigerian entrepreneurs. But the bill has also been criticised for stifling young entrepreneurs who are not Nigerians but own businesses in the country.

Prof. Isa Ali Ibrahim, the Minister of Digital Economy made the announcement on Twitter after the bill has been on the president’s desk and the Federal Executive Council (FEC) since October last year.

The Nigeria Startup Bill has been years in the making, the brainchild of key stakeholders in the ecosystem, who have lobbied top elected officials for commonsense regulations in the space.

But in a tweet, President Buhari dismissed their efforts claiming that it was his administration that in fact developed the bill, even as Oswald Guobadia, the Senior Special Assistant to the President (Digital Transformation) called the approach to draft the bill “the ‘Big Tent Approach.’

Though Guobadia led the team that developed the Bill, critical players in the space were part of the process.

“Today I signed into Law the Nigeria Startup Bill (NSB), developed by our administration to provide stable legal framework and incentives for technology innovation,” the tweet from the president reads. The president also restricted his replies in the tweet announcing the move.

The signing of the bill was part of a wide-ranging development that the president took yesterday, including rolling out a National Digital Economy Policy and Strategy, a National Center for Artificial Intelligence and Robotics, and National Data Protection Bureau.

This comes barely months before the presidential elections, as his political party (the APC) lags in numerous polls conducted. The APC is shown trailing Peter Obi, the Labour Party candidate for president who has more mass appeal with young Nigerians who will be impacted by the bill the most.

Read also: The Nigerian Startup Bill may not solve most startup problems as we think

Just last week, the president honoured young Nigerians who have been responsible for innovative companies including Flutterwave co-founders; Iyinoluwa Aboyeji and Gbenga Agboola and PayStack co-founders; Ezra Olubi and Shola Akinlade with the Officer of the Order of the Niger (OON), one of the highest honours the president can bestow.

To be considered for the benefits of the bill, a Nigerian must own more than half of the stake in the company.

“The Nigeria Startup Bill serves as an enabler for tech hubs to attain sustained growth,” Guobadia said of the bill in an interview with the Punch.

In the interview, he also addresses the question of whether or not this bill will usher the Nigerian tech ecosystem into a thriving tech economy as it has been said by many in the space.

For him, an amendment is imminent for success to be truly realised.

Read also: Startup bill drafters respond to criticism that it may not solve many problems

“One of the key indicators that this process has been successful is if, in about two years, a group of people are trying to amend the Act,” he said. “This would mean we have implemented it completely that a 2.0 is now being required, to move us on to the next phase of our growth.”

The bill will now be known as the Nigeria Startup Act.