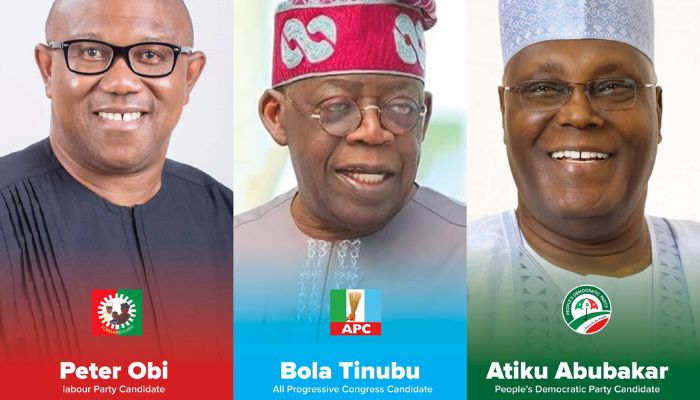 With President Muhammadu Buhari no longer eligible to be on the presidential ballot, the scramble for his massive vote bank in the North has begun.

The largest geopolitical zone by the number of states, the North-West, which comprises Kano, Kebbi, Katsina, Sokoto, Jigawa, Kaduna, and the Zamfara States have the highest voting strength during the presidential election.

The region is most likely to main that voting power in the 2023 elections even as the entire region is battling with the spate of insecurity fuelled by terrorism and banditry.

As such, when the northern intelligentia under the aegis of the the Arewa Joint Committee which comprises of the Arewa Consultative Forum (ACF), the Northern Elders Forum (NEF), Sir Ahmadu Bello Memorial Foundation (SABMF), Arewa House (Centre for Historical development and Research) Jamiyya Matan Arewa (JMA) and the Arewa Research and Development Project (ARDP), invited the 2023 presidential candidates to come defend their plans and ideas for the region, they all came running, except one.

The presidential candidates were in Kaduna State, last week, the political headquarters of Northern Nigeria for the event.

Those who made presentations were presidential candidates of the Peoples Democratic Party (PDP) Atiku Abubakar; All Progressive Congress (APC) Asiwaju Bola Tinubu; Labour Party (LP) Peter Obi; Peoples Redemption Party (PRP), Kola Abiola; and Social Democratic Party (SDP) Prince Adewale Adebayo. They all unveiled their plans for the country ahead of the 2023 elections at the interactive session.

However, the New Nigeria Peoples Party (NNPP) presidential candidate Senator Rabi’u Musa Kwankwaso turned down the invitation, alleging that the event was tailored to favour a candidate, a claim he is yet to substantiate.

Besides the interactive session, while Atiku flagged off his presidential campaign in Kaduna, Tinubu was a guest at the Kaduna Investment (KADINVEST) 7.0 summit, two strategic political events.

The candidates; gaffes and issues…

In their engagements with the northern intelligentsia, the presidential candidates pledged to tackle the nationwide insecurity and revive the country’s economy. Still, it wasn’t all smooth as the politics of dialectics also grabbed the spotlight.

Atiku highlighted his key policy agenda which includes promoting national unity through deliberate actions that will secure mutual trust and confidence amongst all tendencies.

The other policy areas that the former vice president enumerated are reforms in education, and agriculture and reversing the economic downturn of the country.

“Economic prosperity is an integral part of this agenda that has five elements:  to restore Nigeria’s unity, strengthen national security, build a dynamic economy for prosperity, improve education delivery and restructure the polity.

“Indeed, economic prosperity is the thread that runs through the other critical elements of the agenda. All five elements of our development agenda are closely linked and dynamically influence one another:  the dream of building a prosperous economy will remain a mirage without unity, peace, and security,” Atiku added.

However his comment that the North does not need a Yoruba or an Igbo candidate but a pan-Nigerian of northern origin generated a lot of reactions and was given various interpretations.

On his part, Tinubu assured of a buoyant and vibrant economy. He added that “no inch of this country will be conceded to banditry; we will fight it to a standstill. Under my leadership, we will use counter-insurgency technology to eliminate crimes in our society and your lives will be secure. ”On the role of the private sector in national economic development, Tinubu praised President Muhammadu Buhari for giving maximum support to them to flourish.”

He said the laws put in place by the Buhari administration helped to improve the ease of doing business in the country, adding that he will build on it and make it better for the private sector to excel.

“I desire that the next administration, under my leadership, will continue to drive forward and accelerate the progress made thus far, taking bold steps and initiatives to encourage investments in new areas typically considered risky, and leading the way by providing the enabling environment to nurture our innate entrepreneurial spirit.”

However, just like Atiku, Tinubu’s use of a metaphoric church rat and holy communion while responding  to a question on the menace of climate change, generated lots of reactions.

The LP presidential candidate, Obi, said Nigeria is a failing state because it seems unable to control its economy and security. He blamed the situation on a lack of ideas, institutional weakness and lack of political will.

“We will bring Nigeria back to life. All banks will be shareholders in the Bank Of Agriculture where our farmers can directly assess loans”.

He also promised to eradicate poverty noting “when you pull people out of poverty, the rate of crime in the country will reduce.”

Mr Obi further said he will fight corruption to stand still, maintaining that fighting corruption is easy when the leadership is not stealing.

“80 percent of the crude oil we produce is stolen and every month we lose about four billion Dollars monthly, we lose more from gas,” he said.

On his part, PRP Kolawole Abiola has both assured to eradicate poverty in Nigeria and northern Nigeria in particular when elected as Nigeria’s President in 2023.

For the presidential candidate of PRP, Abiola, who said his three point agenda will be the people, the people and the people, added that it was time the young people are allowed to taste leadership in Nigeria, stressing that he will build on his late father’s democratic values.

The question now despite various promises is, will the north reward Tinubu’s support for President Buhari or simply vote for their own son and brother, who told them in Kaduna that no Yoruba or Igbo man can understand the north like one of their own?!

So far the poll is being touted as a straight battle among Atiku, Tinubu and Obi. Although it is difficult to decide who gets the bulk of the northern voters, time will certainly tell who emerges victorious in 2023 as President of Nigeria.

However, the Northern leaders, under the umbrella of Arewa Joint Committee (AJC), said they have not endorsed any presidential candidate for the 2023 general elections.

It added that the blueprints and other commitments made by the candidates would soon be made available to Nigerians for direct assessment.

At a press conference at the ACF secretariat in Kaduna, yesterday, the Secretary General of the Forum, Mallam Murtala Aliyu, said: “These interactions, in themselves, were not planned with the goal of endorsing a candidate. They are part of a longer process that plans to generate commitments to address challenges of the north by candidates, and which covers a substantial part of the campaigning period.”