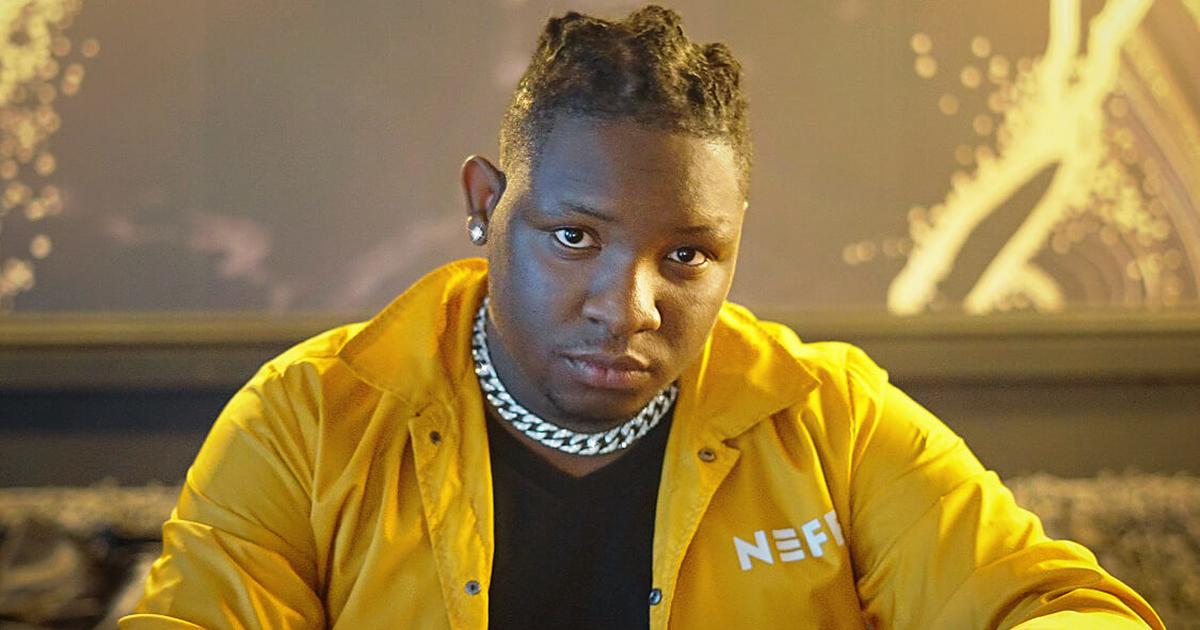 His journey as a Producer and an artist has been an interesting one as he has had to prove to himself that he merited his success. The son of a celebrated actress and celebrity Omotola Jalade Ekehinde, E’s success has often time unfairly ascribed to his mother than his talent and drive.

After displaying impressive consistency, working twice as hard, and evolving to become a proven talent, Captain E is deciding to share his talent with a larger audience.

In this Pulse interview, Captain E tells me about his journey into music, the different sides of being the son of a famous person, his decision to become an artist, and the uniqueness of his sound.

Captain E started making music in secondary school where he began producing for classmates. This early interaction would evolve into a professional career that made him a fine producer who has worked with many big names in Nigerian music.

“I was drawn to music since I was a kid. I started learning to play the piano when I was four and I started producing for friends when I was in secondary school. I then started making beats and sending them to Del B who would listen to them and give me feedback which helped me to get better.”

E is the son of one of Africa’s most famous celebrities and this meant he was born into the world of entertainment. I asked Captain E if being the son of Omotola Ekehinde and getting to interact with different celebrities inspired his interest in music. He tells me his experience growing up was humbling as he understood the privilege of access.

“My upbringing just made me humbled as I was able to have access to celebrities people are desperate to meet, I had the chance to easily meet them and spend time with them. Music was a personal decision for me and it’s one which I run back to when I was a kid.”

Captain E started making music at a young age and he had the pleasure one working with some top artists early into his career. He was able to get Seyi Shay on his record in his early days and he tells me she was the first big artist he got to work with.

“I will say, Seyi Shay. I didn’t produce for her but I produced a song for one of the artists I worked with and we were able to get Seyi Shay on a record.”

Like E, more Music Producers are putting out music with some even singing and showcasing another dimension to their talent. I asked E what he thinks inspires this decision and he tells me it involves their primary understanding of music composition as well as the disparity in the reward between being a producer and an artist.

“Producers are even different from beat makers. Producers know how to put it all together to achieve a great sound so when they decide to make music there’s a good chance they will excel at it. Also, the success that comes with being an artist is different from being a producer.”

I asked E what inspired his decision to become an artist and he tells me that it was a talk he had with his mother who told him point-blank the reality of being a producer as opposed to being an artist.

“My mom told me that as a producer, I can work with an artist and help propel them to fame but I won’t get much recognition or success, especially in Nigeria. She told that since I already understand sound and I have fairly nice vocals, I should consider being an artist.”

Since having that pep talk with his mother, E has been putting out music. In 2016, he released a project he called ‘Sounds of Winter’. In the years that followed, E continued to release music with the latest being ‘Competent Enough’. I asked him what inspired the title for his latest single and he tells me it was a reflection of his journey and the biased he suffered from being the son of his mother.

“The music talks about this guy who is fighting for what he wants and who believes he’s competent enough to achieve success. There has always been some bias about my career and success because when I came out people told me they were only pushing me because of my mom.”

E tells me that when he started putting out music, his sound wasn’t great but he has worked hard to improve his sound and evolve his artistry to reach the level he is today. The belief that he doesn’t deserve what he has because of his mom meant he had to work harder. His hard work and his commitment were highlighted when he came third in a production competition in Atlanta that had over 60,000 participants.

“I participated in a music competition in Atlanta that has about 60,000 participants and I finished third. My mom obviously has no influence there so I think I have shown what I can do and it’s time for people to start seeing me for who I am.”

Captain E is set to drop a new project later in 2022 with which he hopes to connect with more listeners. E tells me the project will see an exciting blend of Afrobeats and EDM elements in what he calls ‘Afro-electro.’

“By the grace of God, I will be dropping a new 6-track EP called ‘Black Box’ which will be a wonderful blend of sounds.”

He tells me he will be dropping one more single before the EP drops although he’s yet to lock in a date.

Before we wrapped up the interview, I asked E that considering how far he has come, he thinks he has put behind him the idea that his success is tied to his mom. He said while he can’t entirely outrun that notion, he just wants people to know he’s competent enough.

“I don’t think the bias of connecting my success to my Mom would ever go away but I have always put it behind me. I just want people to know that there’s this guy who can make good music and who has what it takes to be relevant in the music community,” he says.