2022 World Series: How Framber Valdez led the Astros to a Game 2 win 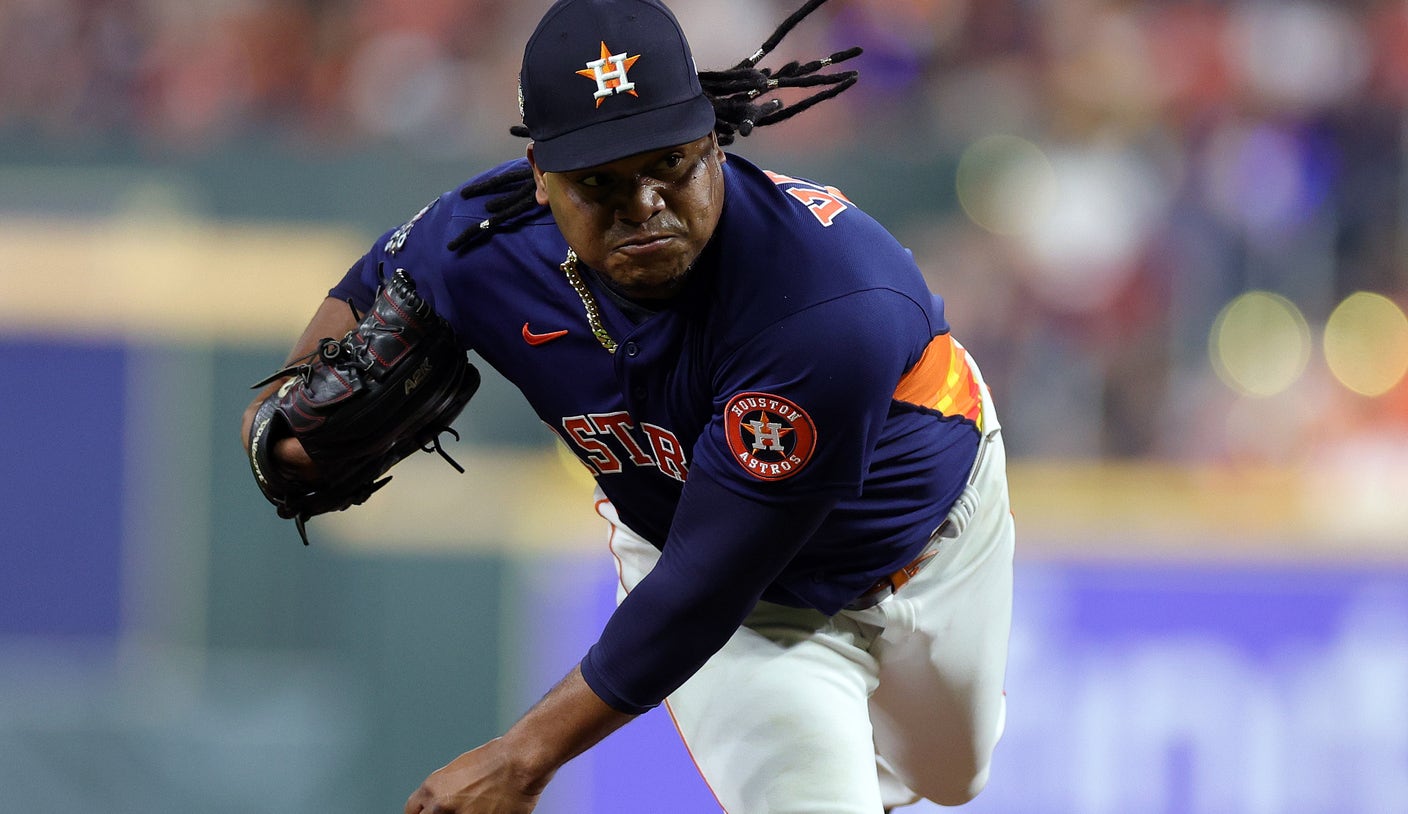 HOUSTON — On the day Framber Valdez’s record streak of consecutive quality starts within one season began, the Houston Astros awoke in fourth place in the American League West. The 2022 season was only 15 games old, but their run differential was the division’s worst.

By the time Valdez’s streak of consecutive quality starts ended at 25, one day short of five full months later, the Astros had already clinched another AL West title and a first-round bye. Justin Verlander’s return to dominance overshadowed it, but Valdez’s steady success similarly sustained the Astros’ drive to 106 wins.

He again demonstrated that consistency in Game 2 of the 2022 World Series. Valdez twirled one more quality start to fuel the Astros’ 5-2 series-evening win at Minute Maid Park. True to form, the sinkerballer earned his outs on the ground, not through the air: seven groundouts, no flyouts. He did strike out nine Phillies, far more than his norm. His sinker netted the groundouts; his curveball elicited missed swings and strikeouts.

Valdez throws hard, but he is not a power pitcher, unlike so many of his peers at the top of MLB rotations. Even his warm-up throws before each inning are soft-tossed. He secured more than nine strikeouts only three times in 31 starts this season. But rarely this season did he wield the sort of stuff he had Saturday. His sinker was nearly 2 mph harder than his average, and all of his pitches spun more than usual.

Three weeks from turning 29, Valdez has repeatedly reached new and unexpected heights. Thirty MLB teams opted not to pursue him over the first five years he was eligible to sign. When he was 21, ancient for a Dominican prospect, the Astros offered him $10,000. Three years later, he made the major leagues. He required two more years to harness his command and establish himself.

Short on seasoned starters, the Astros entrusted both Games 1 and 5 of the 2021 World Series to Valdez. He did not deliver on either occasion. In total, he surrendered 10 runs and got only 14 outs. In terms of win probability added, he was the series participant who most hindered his team’s chances.

Over the offseason, the Astros recommended Valdez see their sports psychologist. He has, and he has repeatedly spoken of the benefits of the work. The biggest change he made from 2021 to 2022, he said, was not in his stuff or in his approach but in his ability to repeat both more consistently, even in tense situations.

“I think last year, my emotions got the better of me during the World Series,” Valdez said on the eve of Saturday’s start. “I think the key for this year is just continue doing what I’ve been doing, try not to let the game get away from me, and I think we’ll get good results there.”

He nearly let the game escape his grasp during his last postseason start, nine days earlier in Game 2 of the ALCS. Uncomfortable with the temperature and wind wrought by Minute Maid Park’s open roof, he struggled to command his potent curveball until the fourth inning. He further made a mess of a routine fielding play, enabling two runs to score. But he rebounded to finish seven nearly spotless innings and set the Astros on track for what became a sweep.

He suffered no such struggles Saturday. Valdez walked Rhys Hoskins in the first inning and Alec Bohm in the second, but did not permit a hit until the third. The Phillies could not place two baserunners on at the same time until the sixth, when, to begin the inning, Kyle Schwarber walked and Hoskins singled. Greeted with a calming visit from pitching coach Joshua Miller, Valdez responded by striking out J.T. Realmuto and inducing an inning-ending double-play grounder from Bryce Harper.

After extending his bullpen in the Game 1 defeat, Astros manager Dusty Baker wanted to stick with Valdez through seven innings. He relented with one out in the seventh. It had been three years since a starter lasted longer during a World Series game.

“Framber did what we needed him to do,” said catcher Martín Maldonado.

Ben Verlander and Alex Curry recap Game 2 as the Astros even the series with the 5-2 victory. Houston benefited from an incredible start by Framber Valdez, a hot first inning and a big home run from Alex Bregman.

If Valdez had done this during last year’s World Series, the Astros might have been champions. But he smarted from the failure, reconfigured his mindset, practiced some calming techniques, and emerged superior from it.

“I think his mentality is what’s changed,” said closer Ryan Pressly. “That’s what makes us better — get knocked down a little bit, then go figure out a way to get better. He’s definitely figured that out.”

Baker turned to only two relievers, Pressly and Rafael Montero, to obtain the eight remaining outs after Valdez exited. They navigated more drama than Valdez, but secured the outcome all the same. Because of their sturdy No. 2 starter, the Astros are back in a comfortable position in this World Series despite a suboptimal start. Next, he’ll try to forge a postseason streak of three quality starts in what feels like an inevitable Game 6.

“This guy has been as consistent as any pitcher that I’ve ever had throughout the course of the year, and he just continued to do the same thing during the playoffs,” Baker said. “He gets big outs. He makes big pitches.”

Pedro Moura is the national baseball writer for FOX Sports. He previously covered the Dodgers for The Athletic, the Angels and Dodgers for the Orange County Register and L.A. Times, and his alma mater, USC, for ESPN Los Angeles. He is the author of “How to Beat a Broken Game.” Follow him on Twitter at @pedromoura.