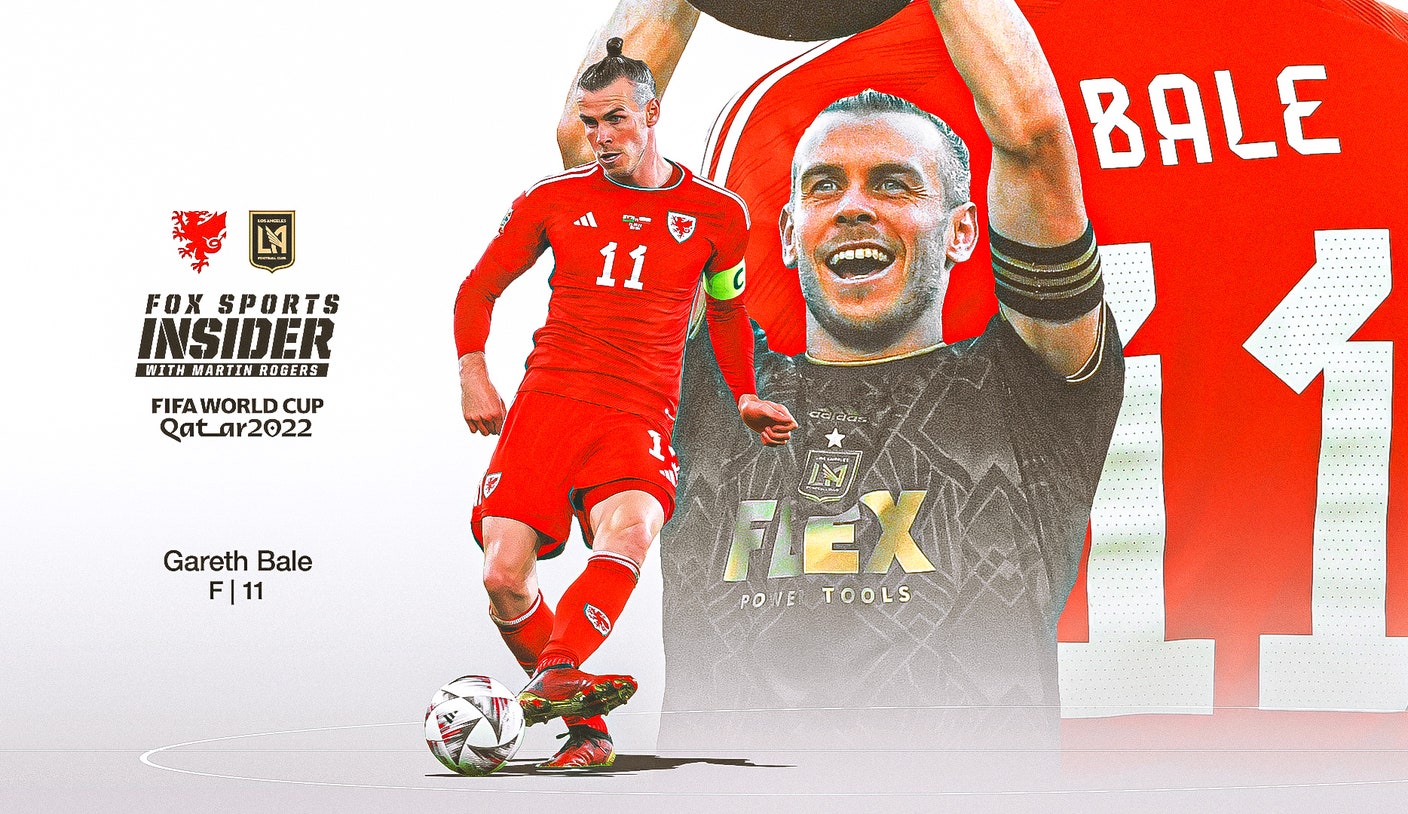 For the United States and its hopes of success at the World Cup — now just 12 days away — there has been an enemy hiding in plain sight these past few months.

To the uninitiated, Gareth Bale of Wales has appeared to be no kind of threat since moving to America in June, essentially operating as little more than a high-profile benchwarmer for Major League Soccer’s LAFC, playing rarely and speaking publicly even more rarely.

The best description for him now? The player, more than any other, who the USA should be scared of, wary of and prepared for, when they come up against the Welsh side in their tournament opener on FOX at 2 p.m. ET Nov. 21 in Qatar.

“After all these years, Bale can do still things that no other player on that field can do,” former Wales international Iwan Roberts told me via telephone. “No other player in that game will have as much potential power to influence the result.”

The difference in perception comes from a singular case of Bale doing what Bale does. One of the most explosive and clutch performers in world soccer over the past decade, he provided the critical intervention in Saturday’s MLS Cup final, despite starting just two games for the club since switching from Real Madrid last summer.

Introduced as an extra-time sub, he saved LAFC from impending defeat with an equalizing goal, before backup goalkeeper John McCarthy kept out the Philadelphia Union in a penalty shootout.

Bale’s strike was a perfectly positioned header, and a reminder that not only does he have the most accomplished career resume of any player on either the Welsh or USA squads, he also has a long habit of popping up with decisive goals, regardless of recent form.

“That’s just Bale,” BBC Wales journalist Peter Shuttleworth, who has followed Bale’s career since he played on Wales’ youth teams, told me. “He is the man for the big moment. And because he has done it before so many times, he changes the game, even when he’s not playing well.

“It almost doesn’t matter what tactical formation Wales uses. The Americans, like every opponent, is going to have to spend much of their time worrying about where Bale is and what he’s doing.”

Failing to properly account for Bale would come with huge risk for USA head coach Gregg Berhalter, for there is a long list of telling moments when he made teams pay.

Take your pick. The winning goal for Real Madrid against Barcelona in Spain’s Copa del Rey, with a spectacular run down the sideline and a cut inside? Or a devastating overhead kick against Liverpool in the Champions League final?

How about the go-ahead goal in the Champions League against Atletico Madrid in extra time — not to mention his effort in helping Wales to the semifinal of the 2016 European Championships, that country’s first major tournament appearance since 1958.

Now 33, and nearly a decade removed from when Madrid made him the world’s most expensive player, Bale is not the same performer he was. Largely out of favor at Real during his last two seasons there, his main focus before retirement is to enjoy one last hurrah for his national team.

It is tricky for opponents now, for there are games these days when Bale doesn’t do anything special. Yet, for Berhalter, the thinking must still be that the capacity for danger lurks at any moment. Bale’s capacity for force and speed and a long-range strike aren’t to be controlled by merely having a quiet word with central defenders Cameron Carter-Vickers and Walker Zimmerman. Everyone needs to be aware of where Bale is lurking, with midfielders like Tyler Adams having an especially important tracking role.

The most important game of any World Cup, for any team, is the first one, because that’s what sets the momentum for your entire campaign. History is skewed heavily towards those who shine in their opening matches. At the last World Cup in 2018, 13 teams lost their first game. Of those, 12 failed to qualify for the round of 16.

With England and Iran also in Group B, it is not an unreasonable suggestion that the winner of the Wales/USA game will have an inside track to the round of 16, while the loser will need an instant repair job if it is going to save its tournament.

Wales’ Gareth Bale is known for his technical ability, speed and finishing. He earns the 42nd spot on Stu Holden’s list of the top 50 Players in the 2022 FIFA Men’s World Cup.

However, the Americans will come up against a very different opponent. The USA has a well-balanced squad, albeit headed by a star of its own in Christian Pulisic. Wales, in part due to its small population, has often been top heavy. Bale and Aaron Ramsey have operated at their highest levels of the Champions League, but players like veteran Chris Gunter — of AFC Wimbledon in British soccer’s fourth tier — are also likely to be included.

“In some ways, Bale is almost like the CEO of the Wales squad,” Shuttleworth added. “He has an influence on who gets selected and how they play. He controls a lot of things, but the players are happy to follow because they know he cares about the team and because of what he can do.

“You can see it when the squad is together, the young players pay attention to everything Bale does.”

On the field on Nov. 21, the Americans would be well-advised to take the same approach.

Martin Rogers is a columnist for FOX Sports and the author of the FOX Sports Insider newsletter. Follow him on Twitter @MRogersFOX and subscribe to the daily newsletter.

Get more from FIFA Club World Cup Follow your favorites to get information about games, news and more