2022 MLB Playoffs: Zack Wheeler, Phillies on the brink of World Series in Game 5 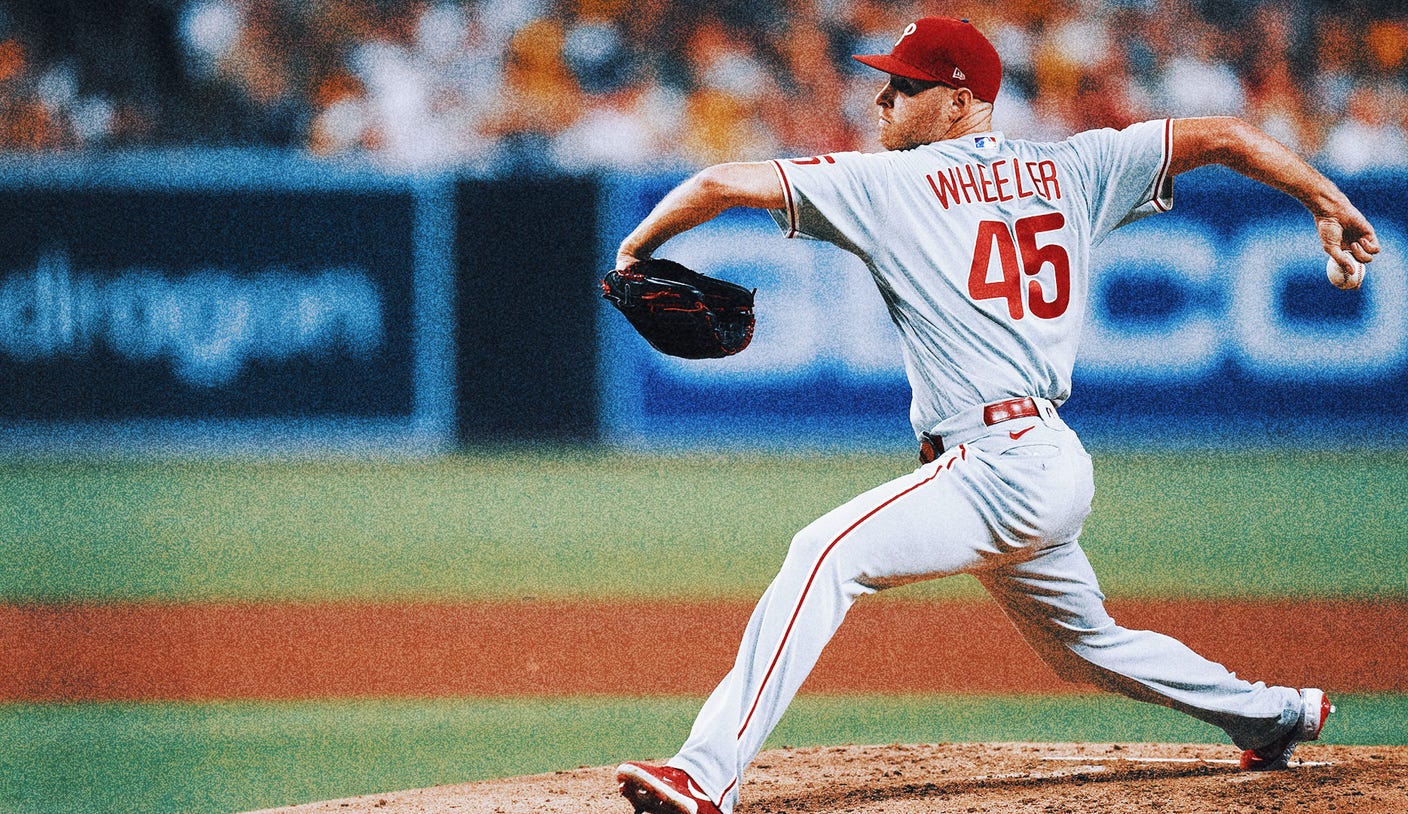 PHILADELPHIA — On the morning of Dec. 6, 2020, in the deep boredom of baseball winter, news trickled out that the Philadelphia Phillies were listening to offers on Zack Wheeler.

The news was perplexing. Just an offseason before, Philly had hooked Wheeler in free agency, tossing the then-30-year-old five years and $118 million. To that point in his career, Wheeler had performed like a mid-rotation starter. The Phillies gambled that he could be more than that. In Wheeler’s first year with the team, he proved them right, posting a 2.92 ERA in 11 starts.

But according to ESPN reports, the fan-less COVID campaign had put a serious dent in the organization’s finances, motivating them to cut payroll. As a result, everyone with a big contract except Bryce Harper was reportedly on the trade block. That included Wheeler … until it didn’t.

“I wouldn’t trade him for Babe Ruth,” Middleton proclaimed.

He stayed true to his word. Wheeler wasn’t traded for the Babe — or anyone else, for that matter. It’s a good thing, too. Wheeler has since blossomed into one of the best pitchers in baseball, a true ace, a hurler who can take you places.

And now, three years after the Phillies made him the highest-paid pitcher in franchise history, two years after Middleton valued him over the Great Bambino and one year removed from a Cy Young runner-up finish, Wheeler has the opportunity of a lifetime: To pitch his club to the World Series.

In an NLCS Game 1 postgame interview with Ken Rosenthal, Zack Wheeler discusses how he beat the San Diego Padres.

Drafted out of a Georgia high school by the Giants in 2009, the highly touted prospect was sent to the Mets in exchange for Carlos Beltran at the 2011 deadline. Wheeler made his Queens debut in 2013 but underwhelmed in his first two big-league seasons. Then the inevitable: Like so many before and so many since, Wheeler’s elbow ligament split, leading to Tommy John surgery in spring 2015.

It couldn’t have happened at a worse time. While Wheeler battled through the Groundhog Day of elbow rehab at the Mets complex in Port St. Lucie, his teammates had the season of their lives. The Mets of 2015 became the 2015 Mets™, and Wheeler watched it all from the discomfort of his sofa, with the Mets declining his request to join the team in the dugout for the postseason. As his contemporaries became October icons, pitching the Mets to a Fall Classic, Wheeler had no choice but to watch from home.

“I should be there,” Wheeler remembers thinking to himself that autumn as his buddies lived the dream. “That should be me.”

From there, things only got worse. Wheeler’s elbow didn’t heal like it was supposed to. The road back was bumpier than anticipated. Initially, the plan was for him to return at some point during the 2016 season, but an April operation to remove a stitch that failed to dissolve after the initial surgery pushed his timeline back a few months.

Then, in his first rehab outing at the Mets complex, Wheeler suffered a strained flexor tendon, requiring an injection and more time off the mound. Eventually, the Mets shut him down for the season. By the time he made his MLB return, he’d missed two full years. He would battle ineffectiveness for another.

But during his time away from the game, Wheeler learned something invaluable: how to pitch.

“I was doing nothing all the time,” he recalls. “If there was a game on, I would try to watch.”

Unable to throw a baseball, Wheeler studied those who could. He tuned in for the best: Clayton Kershaw, Max Scherzer, Jacob deGrom. From hundreds of miles away, he noticed how intensely the world’s best pitchers trusted their stuff. They didn’t shy away from hitters or nibble at the edges. They attacked, they were fearless, they worked deep into games.

Whenever his arm finally healed, Wheeler decided, he was intent on becoming that type of dude.

“Earlier in his career, he was a thrower,” Phillies hitting coach Kevin Long told FOX Sports. “You knew at some point in a start, he would wear down, and you could get to him. Not anymore.”

Nowadays, Wheeler is a hoss, an ace, a horse. He has transformed himself into one of the pitchers he watched on TV.

“He’s gonna come at you and attack you no matter what,” catcher J.T. Realmuto said. “It doesn’t matter if Barry Bonds steps in there. He’s trying to throw a first-pitch strike and get ahead of you. There’s a lot of pitchers with really good stuff that don’t necessarily have that mentality.”

It helps that his arsenal is more stocked than a Food Network pantry. The hyperspeed four-seamer sits around 96 and has more rise than a can of baking powder. That fastball pairs perfectly with a bowling-ball sinker and a dirtier-than-the-underside-of-a-tractor, low-90s slider. There’s also the curveball he can deploy to steal strikes early in the count or use as a below-zone weapon against lefties.

“He’s got four or five pitches. He can command all of them, all the time,” his rotation-mate Aaron Nola said. “That’s impressive. That’s what makes him elite.”

The combination of stuff and willingness to use it aggressively has elevated Wheeler to elite status. Since the start of 2020, he has the seventh-lowest ERA in baseball. This postseason, he has allowed only three earned runs in 19 1/3 innings, and all of those came in the sixth inning of NLDS Game 2, after Rhys Hoskins couldn’t corral a stoppable groundball with two outs.

If Hoskins makes that play, Wheeler is sporting a scoreless postseason, and people are starting to argue about where his October exploits rank in playoff history.

That might happen anyway, if all goes to plan.

Fourteen years ago, a different Phillies ace tossed a gem in NLCS Game 5 to send his club to the World Series. Cole Hamels still drinks for free in this town.

On Sunday afternoon, in his first home start of this postseason, Wheeler will seek to replicate those heroics. It has the potential to be the stuff legends are made of: An ace, dominating in front of an unhinged, powder-keg crowd, carrying his team to the World Series.

There’s nobody the Phillies would rather have taking the ball. This is what Middleton cracked open the piggy bank for. This is why he didn’t trade Wheeler for Ruth.